Following the latest COVID-19 Update from the Scottish Government,

we have now re-opened our showroom in Forfar to the public.

Our online shop is also open.

Born in Normandy in 1927, Le Chameau is the name on the World's finest rubber boots. The only rubber boots to be hand made by a single "maitre bottier" each pair is unique.  In the highest quality materials and with a range of iconic and innotive styles, Le Chameau is dedicated to delivering years of satisfaction to the wearer.
The LE CHAMEAU Story begins on a rainy day in Cherboug. Claude Chamot, had spent the day listening to his customers - farmers- hunters and fisherman - complaining that their boots were neither comfortable, nor durable, so he decided to do something about it.
Mr Chamot set out to create a new type of boot, that would withstand the rigours of the countryside, and at sea. Fashioning his prototype from natural rubber, he asked those around him to test them. Comfortable and hard-wearing, everyone tho tried them loved them.
Making pioneering use of vulcanisation for greater durablity, the boots were improved and refined, and gradually M Chamot's reputation grew.  Before long, customers from all over France were coming to his store to be fitted for their own besboke boots. 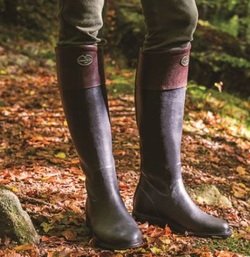 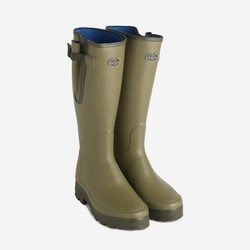 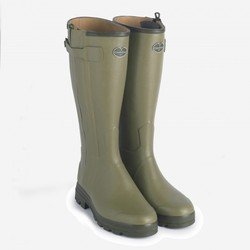